Although he was one of the contributors in ‘A Child’s Grief, A Nation’s Lament’ (P. Diamandis et al) in 1995, it was not until many years later when Vasilis Vasilas calling came- the documentation of photographs and oral stories from migrants to Australia. In the late 2000s, he established the online archive, www.syndesmos.net, which documented the photographs and stories of migrants from Lesvos.

In 2009, the Mytilenian Brotherhood of Sydney (NSW) invited Vasilis to stage the photo-exhibition, Home of the Heart: Lesvos and Migration, which was structured according to the various stages of the Lesvian migrants’ journey itself. The critical appraisal of photo exhibition lead to Vasilis printing his first book, ‘Journeys of Uncertainty and Hope: Stories and Photographs of the Greek migrants from Lesvos (2010). With the photo- exhibition being presented in Mytilene, Lesvos (August 2010) and Melbourne (March, 2011), Vasilis followed up his efforts within the Lesvian community with the book, ‘Lesvos: Our Homeland, Stories and Photographs of the Greek migrants from Lesvos.’ The focus of this book was the homeland the Lesvian migrants left behind, with stories and photographs of history, schooling and the socio-cultural and spiritual aspects of daily life.

Emboldened by his two books on the Lesvian migrants of Australia, Vasilis expanded his work to New Zealand, where he documented stories and photographs for the Lesvian migrants there. His efforts in New Zealand resulted in the book, ‘To the Farthest Place on Earth: Stories and Photographs of the Greek migrants from Lesvos’ (November, 2012). The stories and photographs depicted the homeland these migrants left behind, the journey to New Zealand and their lives (successes and achievements) in their adopted homeland. At the time, this book is only the third book ever written on the Greeks of New Zealand.

Having been the ground announcer at Sydney Olympic FC over almost seven seasons and being amongst the Greek sporting community, Vasilis is inspired to write the history of Pan-Hellenic Soccer Club, the club preceding Sydney Olympic. His next book, ‘The Giant Who Never Awoke: History and Oral Stories of Pan-Hellenic SC (1957-76) was launched by Sydney Olympic FC at the Hellenic Club (April, 2012). Although there have been numerous publications on the history of football (soccer) in Australia and autobiographies of well-known personalities in Australian football, ‘The Giant Who Never Awoke’ is regarded as the first book to focus on one individual football club.

Vasilis’ next challenge went beyond the Greek community, as he envisioned replicating his oral history work in another community. Prioritising the first European post War migrant groups, his initial idea of attempting a ‘Baltic’ project, the receptiveness and interest of the Estonian community transforms the initial objective into a focus on its community. In documenting oral stories and gathering photographic material took Vasilis around Sydney and to Canberra, Melbourne, Adelaide and Wellington (New Zealand). The Estonian Archives in Australia launched Vasilis’ book, ‘Across Lands and Oceans…to Freedom: Stories and Photographs from the Estonian Journey to Australia and New Zealand’ (2013) which captured the desperation of Estonian people fleeing their homeland, with the approaching Red Army in 1944, years of displacement in post-War Germany and Sweden, the migratory journey to Australia and New Zealand and overcoming the adversities of the first two years in Australia.

The warm reception of  ‘Across Lands and Oceans…to Freedom’ lead to a special function at New South Wales Parliament House, organised by the Estonian Archives in Australia, where copies of the book were presented to the President of the Senate, Don Harwin MLC for the Parliamentary Library.

After generating interest within the Estonian community, Vasilis commenced work on a second volume of Estonian stories, and the Estonian Society of Sydney recently launched ‘Across Lands and Oceans…to Freedom, Volume II’ at Estonian House (2015) .

Wanting to consolidate his oral history work within other communities, Vasilis grabbed the opportunity to document stories and photographs within the Ukrainian community. For this project, he travelled around Sydney and to Newcastle and Queanbeyan, resulting in the book, ‘In Search of Hope and Home: Stories and Photographs from the Ukrainian Journey to Australia’ (2015) which focussed on Ukrainians desperately fleeing the Red Army (1943-44), experiencing displacement in post-War Germany and the uncertain journey to Australia, and overcoming the adversities of the first two years in Australia.

In 2016, Vasilis efforts to gather personal narratives of Greek war veterans culminated into a book, Between the Shots and the Silence: Hellenes at War (World War II and Korean War), which was published in October.

The book focuses on veterans’ war stories from the Greek-Italian War (1940-41), the Greek armed forces in North Africa, Italy and Greece (1941-44) and the Greek Expeditionary Force in the Korean War (1950-58). There is also a chapter on Greeks − whether Greek nationals or Australians of Greek parentage − within the Australian armed forces during the Second World War.

Vasilis continued his work on personal narratives from post World War II refugees, from Europe, to Australia when he published a collection of stories in the Sydney’s Jewish community from Hungary, ‘When Freedom Beckons: The Hungarian Revolution of 1956 and the Jewish Hungarian Journey to Australia’ (2017), which looked at the post- Holocaust experiences of Hungary’s Jewish community, its escape during the Hungarian Revolution of 1956, the journey and settlement in Australia.

Wanting to diversify his work, Vasilis then shifted his attention to the Greek community and published a first volume of personal narratives, and accompanying photographs, on Sydney’s Greek shops, ‘Beyond the Shop Windows and Counters: Stories and Photographs of Sydney’s Current Greek Shops’ (2017), which highlighted a wide variety of Greek shops and their contribution to Sydney’s market.

Live from… focusses in promoting live Greek music across Sydney, Australia. In filming, and subsequently posting, live music clips, Live from… is promoting the venues which have live Greek music and the artists who play Greek music.
Growing up in the Greek diaspora, Live from… believes music is an integral part of the Greek identity and it should be promoted in every way (it should) to ensure future generations appreciate this socio-cultural inheritance… This YouTube channel is run by Vasilis Vasilas- with Adam Pham’s technical support. YouTube Channel: Syndesmos Connecting People and their Stories https://www.youtube.com/channel/UCqaGahr3yOmbc5KV0golgCg/ The Syndesmos YouTube channel provides Vasilis with an alternative medium to capture people’s stories, most notably with the humorous The Mad Minute. 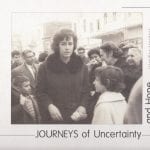 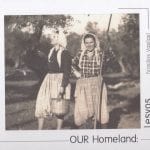 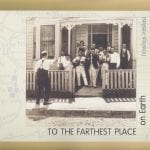 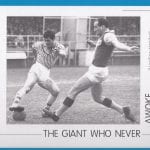 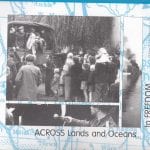 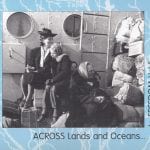 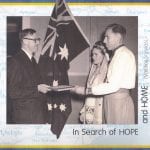 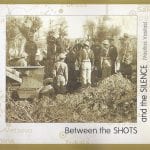 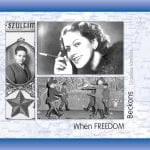 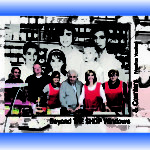