Tony Kassapakis BA LL.B Solicitor aka Spiros Yearos was born in Sydney on 23 October 1962. According to Tony he is married to the most beautiful woman in the world! His wife is the ‘BIG BOSSENA’! Tony has two beautiful adult daughters.

His parents were born in Greece on the island of Crete. His father’s mother was born in Cappadocia in Asia Minor in 1908. Her mother’s father was Nikolaos Notaras.

Tony strongly believes that we must all promote Greek culture just like our ancestors.

“Your heritage”, his father said, “is something no one can ever take away from you”!

Tony found the perfect way to promote this heritage… Through comedy!!! The inspiration behind this was his father, mother and relations.

Spiros Yearos Komedy was born at Kingsgrove North High School, in Sydney’s South West in 1979. It is specialist Grozzie or Greek – Aussie Bilingual Comedy. No one practices this type of comedy around the globe. This is reflected in the specific bilingual nature of the comedy. The comedy of Spiros Yearos is based on real everyday Greek –  Australian life. Spiros writes his own patented material and performs his own material. Spiros Yearos is a legally registered trademark. The comedy of Spiros Yearos ironically reflects the evolution of a ‘three dimensional’ or tri-generational Grozzie culture. It comprises of good, bad, evil and egotistical themes that permeate Greek culture in Australia. Comedy reflects tragedy. This is an Ancient Greek concept. Yearos comedy depicts factual everyday observations. Spiros Yearos comedy is thus ‘anthropological comedy’. Spiros Yearos commenced as a musical comedian and has composed many unique songs and parody songs depicting every day

Spiros Yearos uses his knowledge of the Greek language, (with a Cretan accent at times) to collect a living comedy of priceless ‘encyclopaedic’ skits to reflect

our humble Greek beginnings. Spiros Yearos has many thousands of comic sketches or ‘sets’ written from 1979 to today and will perform as many of these as Spiros can until he passes from this earth.

‘Each of us leaves a legacy of who we are. Our parents are my heroes and have left an indelible mark in Australia. My comedy seeks to promote that through my comedy’.

** Spiros Yearos comedy clips are found on line thanks to Montaj Video Productions.

** Spiros Yearos comedy shows are not for profit social events and net profits or proceeds are donated to Dementia Australia.

WHY I LOVE BEING GREEK BY SPIROS YEAROS 1979

29   Because when we look at our children they listen after the 100th time!

And there are so many other reasons why I am humbled to be Greek!

and his everyday experience with clients and the general community give him much material to perform about. 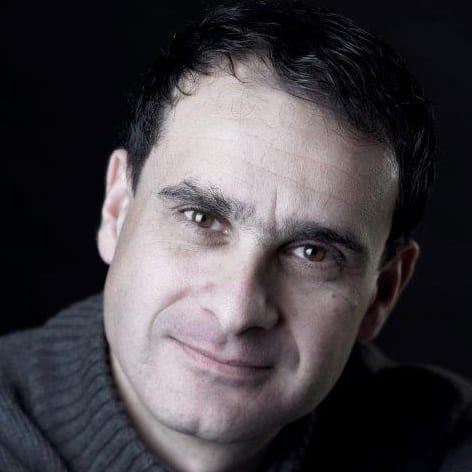