“We can cry, close our minds and be empty,

or we can do what he’d want: smile, open our eyes love and go on…”

Ruby M Feros (also known as Ruby M Brown) is of Kytherian heritage. She is a qualified Food Technology Educator who has worked with students in all areas of Home Economics. She is a very skilled and dedicated teacher as well as a multi-talented culinary author, particularly writing for those requiring a gluten free diet.

She was born in Byron Bay where she did her primary education.  She  went to Ballina High School.

After studying at Newcastle Teacher’s College she was appointed to Gunning Central School for her first teaching appointment.  Since then she has completed several university degrees.

Ruby wrote her first book in 1983.  This book was a recipe book about her rural property on the Southern Slopes of NSW.  It was a compilation of her favourite recipes and a few recipes from neighbours.  She wrote my second book in 1986. This was a sequel to her first book.  Since then she has continued to write about food related subjects.

In 1988 she needed to follow a gluten free diet. With this came an interest to develop gluten free recipes.  She was the first person in Australia to write and have published a book containing text and recipes for gluten free diets.  Since those early days she has gone on to write for many aspects about food and dietary requirements.

One of her biggest challenges in writing came with the story of her father. George his passion was book No. 15.  She wanted to finish her writing career on a happy note. It took her five years  to research and write the book but she was determined to see the story of her father published. George his passion is Ruby’s writing ‘swan song’. At the same time this was her catharsis – her time of breaking down the protective wall that had been in place since her childhood days with George.

When Ruby attended the 25th anniversary dinner of Feros Care Ltd in Bangalow on 21 October 2005 she realised the contribution her father, George, had made to aged care. She realised that she too also has a passion for aged and palliative care, having given of her time and energy to voluntarily work in pastoral care. She realized that this passion was one George had passed on to her.

Ruby asserts in the opening chapter of her book that if this story of George his Passion had not been written, a grave injustice would have occurred, and the history of Australia would have been all the poorer. It would have been poorer in more ways than one. George was on a mission to raise money for aged care in his local area of Byron Bay on the far north coast of NSW. In the early 1970s there were no aged care facilities in Byron Bay and George set out single-handedly to raise funds to ensure that one was built.

When you plant an acorn, as George did,

you don’t know how big the oak will grow.

the acorn has to be planted first.

You don’t have to be great to start,

but you have to start to be great. 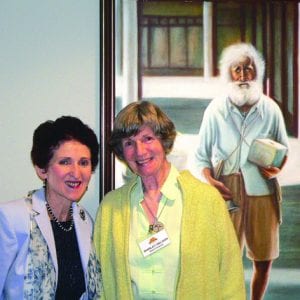 In 1988 the author discovered the need to follow a gluten free diet. This prompted the authorship of the following books: 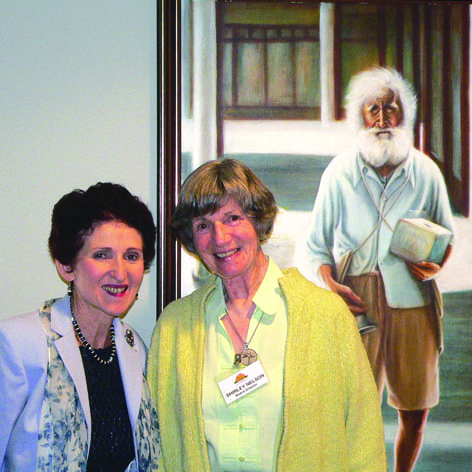