Peter Manesis was born in Newcastle on March 3rd, 1976. He is the son of Konstantinos and Helen. Peter has a brother, Theodore. The family moved to Armidale where his parents owned a Milk bar store. Growing up in take-away stores, Peter  ended up an overweight kid from a young age.

In 1986, the family moved to Greece. Peter’s younger brother had severe asthma and the doctor suggested it would be best to move to Greece.

Peter lived in Greece for 4 years. Being an Australian kid, having to learn the Greek language and generally adjusting to the culture proved very difficult. He was picked on at school and bullied a lot.

The family eventually came back to Australia. In the four years that Peter lived in Greece he had forgotten the English language. So he was put in ESL Lessons to catch up.

Starting High school at Jannali boys was even more difficult for him. People hated the way he spoke.

As Peter recalls, “Being a ‘wog’ in those days was a no-no”. There were fights after school on a daily basis. His father was very strict so Peter never mentioned anything to him.  He was forced to learn to deal with his own battles from an early age.

By the age of 17, Peter dealt with failure and resilience. But they both taught him STRENGTH.

At 17, he walked into Daceyville Police Boys Club, to help his brother who was boxing at the time with a few professional fighters. Peter was blessed to have a lot of mentors around him.

He started boxing and lost all 3 fights at heavy weight. He wasn’t tall and all of his opponents looked like monsters compared to him. So he got more involved in nutrition and eating healthy. He approached a dietician who helped him lose 55 kilos.

Then he started as an amateur boxer. He was coached by World Champion Jeff Fenech and competed around the world. Peter was ranked number 10 in the world as a professional, and ranked 2 in Australia.

Since then, he has opened up his own business Manesis Fitness. He helps people of all ages transform their bodies through a rapid Fat Loss program which includes Strength and conditioning and athletic development.

Peter has realised that many people lack discipline. So he tries to help them through the guidance of Nutrition, Strength, Mobility and activating the long and short term goals. He trains close to 80 clients on a weekly basis.

By the age of 27 he started his Journey towards God. His Faith in the Greek Orthodox Church has truly saved his life. Without God, Peter feels he would be nothing. His Journey through the sacraments of the Church and his faith, have developed his brand.

Peter is married for 12 years with Elena Manesis. They have 3 children:  Konstantinos, Nikolas and Theodore.

Peter does 50 hours per week of personal Training (strength and conditioning). He coaches adults and the youth. Seen amazing transformations on a daily basis gives him joy. “I have my WHY”, he says!

Peter is very grateful for his life and through his daily struggles and failures he is the person he is today. 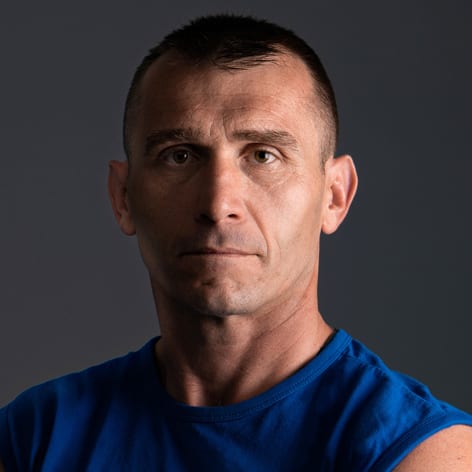