Born in Nambour Queensland, Nick Bourdaniotis grew up in Brisbane till 2001 and then moved to Sydney. Nick’s passion for photography began from a young age and his unique and artistic approach to capturing a moment in time ensures his images are always a standout.

In his late 30’s he was pushed into being a professional photographer by his peers as he was taking amazing holiday photos from around the world and here in Sydney. In his mid-40’s Nick’s photos were being recognized internationally in the Greek community and used in international publications plus local Australian based publications.

Photographing for St Spyridon College is when Nick took his first iconic global photo of which was the colleges year 12 prefect students walking onto the opera house forecourt for the 25th March celebrations in 2015. The next three consecutive years Nick photographed iconic photos of the 25th March in Sydney that went viral around the world.

Mid 2016 Greek City Times employed Nick as a photographer and over the next year, he earnt the title of Greek City Times’ Director of Photography and Videography which he still carries today.

Greek City Times is a globe media publication outlet. Nick also worked as the photographer for “My Greek Odyssey” TV travel show in Greece, which airs to over 50 million people worldwide. Nick was the lead photographer for the state funeral of the late Archbishop of Australia Stylianos and captured the funeral service and burial for archival and media purposes around the world. Nick has been photographing major events for The Greek Orthodox Archdiocese of Australia since 2015.

In Sydney and Greece Nick also captures moving moments in time for The Hellenic Incentive (THI) which in 2020 in Greece will work with the associated partners to document the homeless and various charity organises THI partner within the incentive program.

In 2019 Nick was asked to photograph an Australia fashion designer Thessi Kouzoukas from Sabba Shirts which were amazing with Greece as its backdrop. Nick has been asked to photographed famous people either singers or entertainers because of his unique photography.

In early 2020 Nick was a fully accredited photographer for the Australian Open tennis in which he photographed the games of the Greek players and of heritage for which was for published on Greek City Times.

Nick is not one to enter competitions or exhibitions as he leaves it up to his critics to judge his artistic unique way of photography. He has always said in his early 50’s he will start to exhibit his work across Australia and aboard, as he has a few major exhibitions in the making. Nick’s versatility and professionalism have earned him a great reputation and a loyal high-profile clientele worldwide. 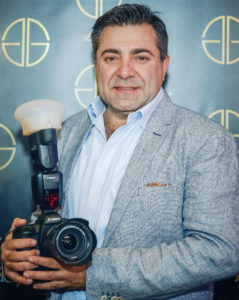 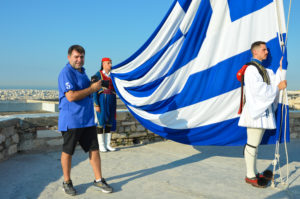 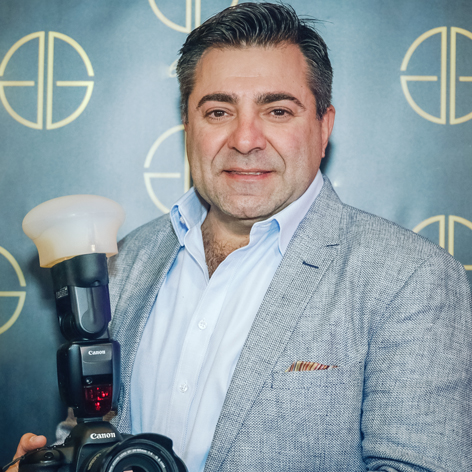