Kerri Koliadis was born in Lindos (Rhodes, Greece) in 1940. He migrated to Australia in 1964, aged 24 years and started working in the Corrugated Box Industry. He worked as a production planning manager 12 hours a day for 45 years, always with the goal of becoming a self-funded retiree.
English
Greek
English

I was born during the 2nd World War (2-11-1940) at the historic town of Lindos, which is situated on the east coast of the island of Rhodes, Greece. During the 1950’s Lindos was the location of the filming of:  1 – Guns of Navarone, starring Gregory Peck, Irene Pappas, David Niven and Anthony Quinn and 2 –  Surprise Parcel, starring Yul Brynner and Mitzi Gaynor.

In July 1952 after completing elementary school (with top marks) the Principal of the school asked me family to make a decision regarding a letter from the Department of Education asking that all students with top marks could participate in an exam in order to choose 120 to enter a College in Athens to study, free of charge, with the then Crown Prince of Greece Constantine.

I missed this lifetime opportunity as my mother was sick at the hospital with kidney problems. My father needed me to help raise my brothers and sisters.

In 1959 at the age of 19 I went to Morocco (a country in North Africa) and took a job for five years as a Supervisor in a large commercial fruit farm.

In 1964 (aged 24) I arrived in Australia, and the next day I started working in the Corrugated Box Industry. I worked as a production planning manager 12 hours a day for 45 years, always with the goal of becoming a self-funded retiree. In 1974 I married my wife Despina (17-8-74).

I studied English for 3 years. After I became an Australian citizen in 1967 I worked as a volunteer for the Good Neighbour Council in order to help other newcomers, as I can make myself understood in other languages.

In 2012, as a senior citizen (self funded retiree), I addressed an open letter to all 4th Ward Residents informing of my intentions to stand as a 4th Ward Independent Councillor in the local Government elections.

In 2014 I became the 5th member and co-founder of the Seniors United Party of Australia. I have written many letters to politicians in regards to problems faced by older Australians these days.

To my dear children

Please always remember that the origin of your roots,

are from HELLADA and HELLENIC blood is flowing through your veins 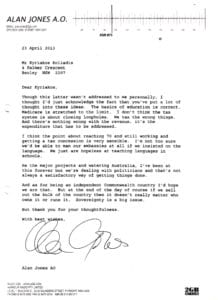 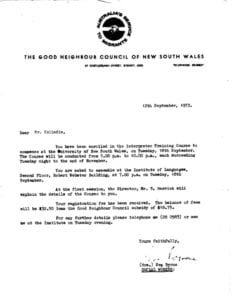 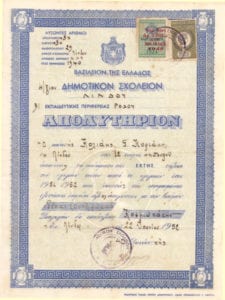 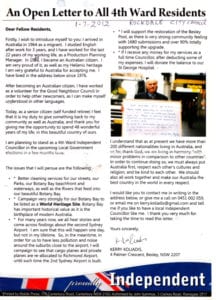 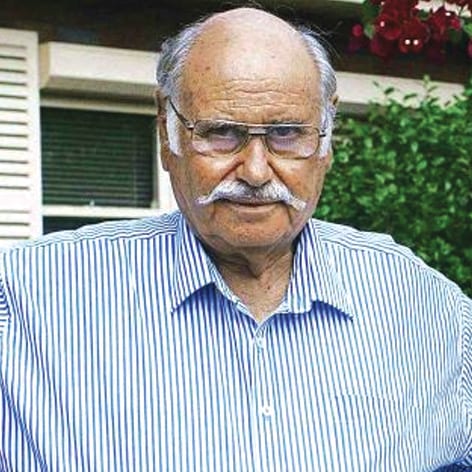