Jim Mpliokas was born on the 8th of February 1945, the fourth of five children of Fr. Georgios (Old Calendar) and Paraskevi Mpliokas, in the town of Ellinokastro (Koursevo), Trikala, Greece.

Before his first birthday, his family moved to the town of Agioi Anargyroi (Tzormakli), Larisa, and he lived a difficult childhood in context of the aftermath of the Second World War and during the Greek Civil War.  He completed three years of schooling, mostly at night, after an earthquake had destroyed the local school.

In his late teens and twenties, Jim left his homeland after enduring the grief from the loss of his beloved and youngest brother, Apostolis. He completed his military service and travelled the world, working as a cook on a commercial ship. His occupation saw him explore northern Europe, the United States, South Africa, China, Japan, and many parts of South America. When not at sea, he worked a tavern in Ecuador – earning him the nickname, ‘Ecuador’ – and learned Spanish whilst living in South America. He would then learn English later in life.

It was in the port city of Valparaiso, Chile, on one day in 1972 that he met Lina Kittsteiner-Rojas, the love of his life, while asking for directions at a newspaper stand. They soon completed a civil union, travelled to Greece, and were married by his father, Father Georgios in Agioi Anargyroi in 1973. They were married for 46 years.

Later in 1973, Jim and Lina emigrated to Australia and settled in Melbourne. Jim worked as a machine operator at the Ford Motors factory and then established the Moonlight Greek Restaurant on Brunswick St. in Fitzroy. They welcomed their daughter, Claudia into the world in 1974, and then their first son, Paulo four years later.

In 1978, Jim, Lina and their two children moved to Sydney and operated a convenience store on Adelaide St. in West Ryde – Jim’s Self Serve. In 1986, the family moved to Perry St. in Dundas Valley and in 1989 Lina gave birth to their second son, George. The family remain at Dundas Valley to this day.

Jim spent most of the 1980s and 1990s as the head chef of Homer’s Café at Rowe St. in Eastwood. He was a referee and gear steward for the Granville & Districts Soccer Referees Association and a coach and volunteer for Dundas United Soccer Club.

Since first arriving in Sydney, Jim was a loyal fan of Sydney Olympic Football Club and served on its Supporters Club committee for a number of years. He was known affectionately as ‘Ο Σημαιοφόρος’, ‘The Flag-bearer’, and travelled across the country with his family and friends to watch Olympic play.

After almost two full decades at Homer’s, Jim worked at the Pfizer pharmaceutical factory in Ermington as a chef until an injury at work forced him into retirement.

In 2005, Jim was blessed with the first of his six grandchildren. Twins Alejandro and Achilles were born to Claudia and her husband Dean, followed by Ricardo, Gabriella and Cristiano. In 2013, they were joined by Paul and Angela’s son, Dimitri. Altogether, they were his purest joy and happiness.

Later in life, Jim enjoyed the company of his family and friends, babysitting all the kids from time to time. He was a keen gardener, would bake bread and had taken to fishing up on Lake Macquarie. He went to two FIFA World Cups – including a whirlwind trip for the Final in Germany with Paul in 2006 – and managed extended trips to both Greece and Chile in recent years. For 5 years to 2018, Jim was the elected President of the Meteora Thessalias Benevolent Society, continuing his service to the local community through volunteer and charity work.

In December 2018, Jim was diagnosed with cancer and began treatment at Royal North Shore Hospital. After almost six months in and out of hospital, he fulfilled his wish and died at home on Saturday, the 29th of May 2019. He was surrounded by his family and friends – his brother-in-law Marcelo among them, who had selflessly travelled from Chile to assist in his daily care.

Jim lived a remarkable life. His existence was filled with pain and sorrow, joy and happiness. He has left an impression upon the world and, through his faith, duty, hard work and determination, departed it a better place for those who knew him and loved him.

May His Memory Be Eternal. 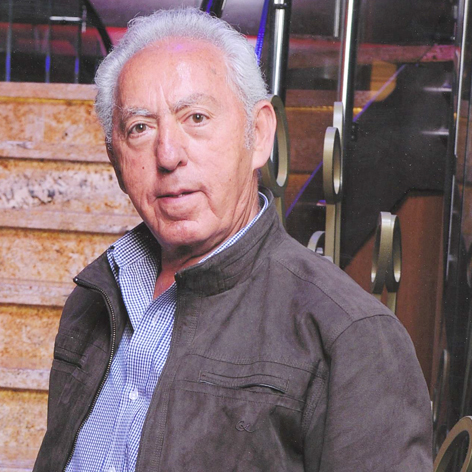