Helen’s parents were both from Greece and arrived in Australia separately in 1927; mother Katina Andronicos Zerefos from Avlemonas, on the Greek island of Kythera and father Paul Zerefos from Neapolis Vion, Laconia. They did not meet until 1934 – were married in 1936. Helen was born 8th November 1937.

Paul was in business and had a shop in Scone, the family then moved to Glenn Innes around 1940. He was a fruiterer and became a grower of fruit and vegetables in Glenn Innes and owned shops in Glenn Innes and Moree. He also had trucks and transported the produce to the Brisbane markets. Therefore during the Second World War he was a  primary producer, an important industry – feeding the population, as most of our boys were fighting in the war. Even though he was a primary producer, he was drafted into the army.

In 1945 the family left the country and moved to Sydney.

After school ended, Helen acquired a fashion design diploma and studied piano and singing – was blessed with a wide ranged soprano voice.

1961: Started her career at Channel 7 Sydney when she attended auditions and was chosen to be a member of the “Revue 20,” an elite, twenty strong choir of ten boys and 10 girls, who also had to dance. The Revue 20 were fashioned after the famous Ray Charles Singers and Ray Conniff Singers from the USA.

They appeared on all the top national musical TV production shows taped at ATN Channel 7 for the next three years:

After three years of this magical experience, it was time to move on to foster a solo career. Worked at the ABC on the weekly TV series the “Brian Davies Show” as a member of the “Alan Dean Singers”

In 1966/67 – Starred in musical theatre in Sydney for American, Brett Adams Productions – in the “The King and I” – then also starred with Ted Hamilton in “The Music Man” for the same company.

Then there was “Barry Crocker’s Say It With Music,” the weekly series on the Channel 10 network, which was a particularly joyous experience as the resident soprano in 1967, 1968, 1969.

There followed countless other TV appearances:

Has appeared in over 600 television shows. It was a wonderful time when there were numerous quality TV musical shows…

A global first: a trans-media program of Education through Entertainment for youth, utilising the current great advancements in technology.

The concept is: “To make a difference” by instilling in all youth, respect for each other and our home – Earth, in an educationally entertaining manner. 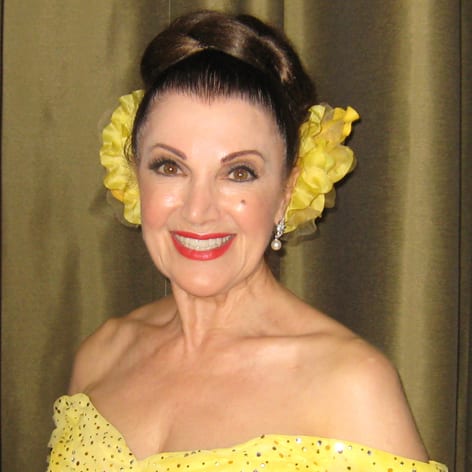