Harry Mavrolefteros was born on 13th November 1987 in Sydney; his father Kyriacos having been born in Cyprus and migrated to Australia after the Turkish occupation of 1974 and his mother Katerina (nee Kapodistrias) born to Mytilinean migrants.

Harry is the oldest of four children and attended both Saint Spyridon College and Cranbrook High School. During his schooling, Harry became interested in learning mathematics and was the recipient of various awards during high school recognising his dedication to the subject.

At university, Harry studied a Bachelor of Commerce with a Major in Finance and Modern Greek. During this time, Harry was heavily involved in and eventually elected President of the UNSW Greek Society in 2007. In this role, Harry helped coordinate a number of social and cultural events involving hundreds of Greek University students. At the same time, Harry also worked to support the growth and maintenance of the Greek department at UNSW by organising rallies and rousing interest in studying Modern Greek at a university level.

Harry’s role as President was then followed by his election as the President of the National Union of Greek Australian Students in 2008. As part of the Australian Hellenic Council, Harry both lobbied in Parliament in Canberra and travelled to many major cities in Australia in order to help revive the Greek societies on various university campuses.

At this time, Harry was also involved in a Greek dancing group called Fotia and later the Hellenic Dance School, where he and other dancers would perform regularly on weekends at various events. This was also where he met his now wife Tania who performed alongside Harry. Both Harry and Tania were key cast membets in the 2010 production of ‘Το παιχνίδι της τρέλας και της φρονιμάδας’ directed by Vrasidas Karalis.

Once Harry had completed his university education, he pursued a career in finance and later received a Diploma of Financial Planning. After one year of working in a Financial Planning firm, Harry decided to leave his position and open his tutoring business, First Education.

With the first tutoring centre opening above his parents’ Optometrist in October 2010, Harry’s business rapidly grew; the centre’s initial 10 students grew to over 450 and has since opened up centres in Earlwood and Bondi. Whilst successfully running First Education, Harry also acquired his Diploma in teaching in 2014, teaching Maths at Saint Spyridon College, Kincoppal School, Cranbrook School and Emmanuel School.

Alongside operating his tutoring business, Harry also made time to maintain his Greek roots. Harry acquired a Diploma in Byzantine Music at Saint Andrews Theological College and chanted at Saint George Church in Rose Bay from 2011 to 2016. Harry now chants at the Church of the Resurrection in Kogarah.

In November 2014, Harry and Tania (nee Roussakis) married and later gave birth to their son Kiros in 2018. Harry and Tania are now expecting their second child in 2020. As Harry’s tutoring business and family continue to grow, he recognises the importance of continually honouring and appreciating his Greek heritage. 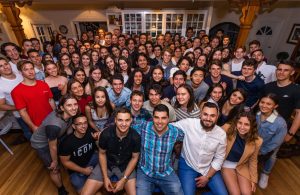 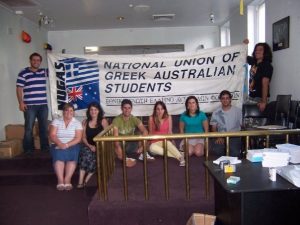 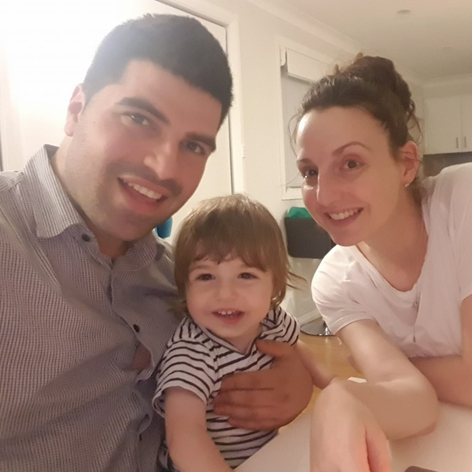