He is a fellow of the Australian Academy of Science and the Royal Society of New South Wales, and a corresponding member of the Academy of Athens.

Paxinos has published 46 research books, 145 refereed journal articles, 30 book chapters, and 17 CDROMs. He has identified 90 nuclei (areas) in the rat and human brains. Comparing rats and humans, he has identified 61 homologous nuclei. He has identified 180 nuclei and homologies in birds. He was the first to produce a reliable stereotaxic space for the brain of rats, mice, and primates — a factor fueling the explosion in neuroscience research since the 1980s. He developed the first comprehensive nomenclature and ontology for the brain, covering humans, birds, and developing mammals.

Most scientists working on the relation between the human brain and neurologic or psychiatric diseases (or animal models of these diseases) use Paxinos’s maps and concepts of brain organisation. His human brain atlases are the most accurate available for identification of deep structures and are used in surgical theatres.

In the field of neuroscience, he is the author of the most cited publication internationally (The Rat Brain in Stereotaxic Coordinates; Paxinos and Watson, 1986.).This is the third most cited book in science after Molecular Cloning and the Diagnostic and Statistical Manual of Mental Disorders.

He holds two National Health and Medical Research Council (NHMRC) project grants. He is a chief investigator at the ARC Centre of Excellence for Integrative Brain Function (20 million)Template:Currency?and of the NIH grant “Towards quantitative cell type-based mapping of the whole mouse brain” (USD160,588 for GP).

Until 2013, he held an NHMRC Australia Fellowship ($4 million) with UNSW support ($1.5 million) as well as two grants from NIH (USD150,000 and USD528,951). He was a member of the first International Consortium for Brain Mapping. Unlike most academic books, some of his atlases have been commercially successful; he was able to obtain grants for his laboratory from the publishers development to fund eight prizes from book royalties.[clarification needed]

He wrote the internationally used textbook The Brain: an Introduction to Functional Neuroanatomy (2010). He taught psychology for 27 years and served on the Academic Board and Council of UNSW. He is currently supervising four postdoctoral fellows.[12]

The Nina Kondelos Prize  has been awarded annually since 2007 to a female neuroscientist for making significant contributions to neuroscience research. The award is named after the late sister of Professor George Paxinos and was initially funded by him. 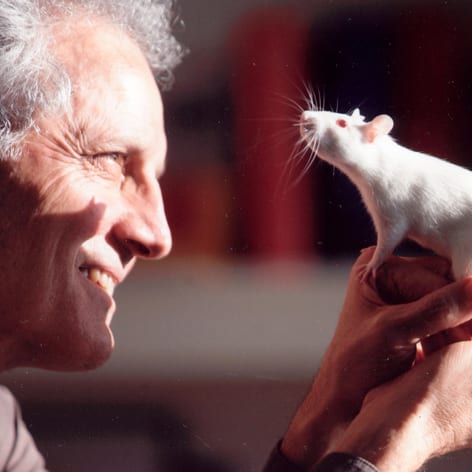