George Poulos was born in the central western NSW town of Gilgandra, on the 5th April 1952. His parents Con and Angela, had both migrated to Australia, from the town of Karavas, Kythera. He was bought up and schooled in Gilgandra, leaving after completing his HSC, to attend the University of NSW. In his 20’s, he gravitated into retail businesses, conducting two in Newtown and Bondi Junction, over ensuring decades.

In 1990, he joined the committee of the Karavatiko Symposium, which was dedicated to celebrating the feast day of Ayios Haralambos, (10th February), the patron saint of the village of Karavas. Marked by the parading of the icon of Ayios Haralambos in church, and a formal luncheon, the Symposium, begun in 1967, continues to this day.

In 2000, George joined the Committee of the Kytherian Association of Australia (KAA), then headquartered in Regent Street, Chippendale. Over the next seven years, he assisted the KAA to sell the building in Chippendale, and to purchase new premises, and establish a new headquarters at 24 King Street, Rockdale. The move created an enhanced income stream, allowing the KAA to embark upon many cultural initiatives.

In 2003 George teamed up with benefactor and fellow KAA director, Angelo Notaras and James Prineas, a Kytherian-Australian living in Germany, to establish

www.kythera-family.net. This was both an open access web-site and an electronic cultural archive. Kytherians everywhere could upload stories, knowledge, photographs, and audio-files, directly onto the site. The concept sounds passé, 15 years ‘down the track’, but at the time, it was revolutionary. It quickly united Kytherians from around the world.

In 2005, with Angelo Notaras, George set up the Kytherian World Heritage Fund (KWHF). The main aim of the fund was to preserve and add to, the Kytherian cultural heritage, for the benefit of Kytherians worldwide. This was largely achieved by publishing books with a Kytherian or Hellenic theme. The KWHF now has more than 80 books for sale. http://www.kytherianassociation.com.au/images/Book_Order_Form_2015_with_CVV.pdf The more iconic titles include, the history of Australians and Greeks (Vol’s 1-3), Life in Australia 1916, Kytherian Surnames, and Kythera From the Air.

In 2006, with the assistance of John Stathatos, of the Kythera Cultural Association the KWHF preserved and digitalised the plate glass negative photographic collection of Panayotis Fatseas. 1,800 valuable plates of photographs taken on Kythera between the 1920’s and 1940’s, were saved. This led to a major exhibition at the prestigious Benaki Museum, Athens, in 2008, and to the publication of Panayotis Fatseas. Faces of Kythera, 1920-1938. The exhibition was also mounted in 2018, at the Museum of Byzantine Culture, Thessaloniki.

In 2009, with the assistance of the Kytherian Society of California, and several Kytherian donors, George was instrumental in furnishing, renovating and completing the Municipal Library of Kythera, located at Kondelianika. This became the first lending library on Kythera in its 3,000-year history.

The KWHF also assisted in renovating and establishing the $6 million Roxy ‘complex’ in Bingara in northern NSW. The complex now includes a Cinema, a Greek cafe, Information Centre, a TAFE Hospitality training college, and from April 2014, a Roxy museum – which is ostensibly a “museum of Greek-Australian migration”. http://www.bingara.com.au/our-history/the-roxy-complex/the-roxy-greek-museum/

George’s passion continues to be the preservation and enhancement of Kytherian and Hellenic culture. George remains a director of the Karavatiko Symposium, the KAA, KWHF and kythera-family. All the initiatives outlined above are fully operational. 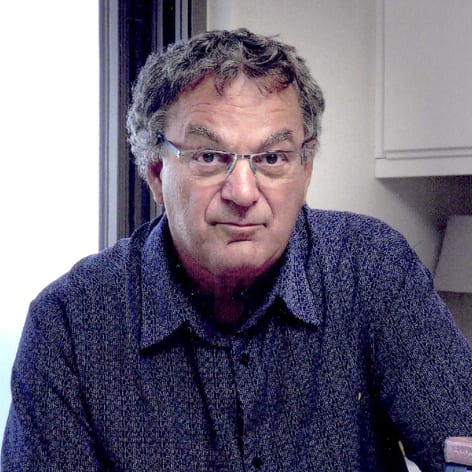