Eva Koussidis was appointed by Don Dunstan in 1975 as the Inquiry Officer to assist migrants, particularly the Greek community with their problems.
English
Greek
English

Eva (Evgenia) Koussidis came to Australia when she was eleven, and after qualifying as a social worker she gained further practical experience in Greece (in 1973). Eva  worked  for Don Dunstan  in  the 1970’s as  the  Inquiry Officer. Her position provided the Greek community with direct access to the State Government. She was also instrumental in advising the Government on matters affecting migrant affairs and problems. Her appointment (and that of her Italian counterpart) were the first in Australia.

When Eva came to Australia she was 11 years old. She went to Parkside Primary School. She did not speak English so the teacher put her down two grades and spoke to her very loudly because she thought she didn’t understand. Her father knew she was actually bright so he went to the headmaster with a close friend (who was educated in Greece, was multilingual and had an office job). He asked the headmaster to give her a chance to move up because if she stayed in the lower classes she would reach fifteen to complete primary school. Eva spoke to George Lewkowicz about those early years in an interview that was held at Don Dunstan Foundation on the 2nd November 2007:

“I discovered the existence of social work when I was sitting for a compulsory test, exam, when I was at what was then called the intermediate high school. I’d been in Australia for five years then. I had no English when I arrived. But this was a compulsory test; I sat for it and did rather well and I went to see an Education Department psychologist who looked at my results and said that I shouldn’t attempt tertiary education because my English would let me down; but she did mention that had I had good English I would have been a suitable candidate for social work, which was a profession I’d never heard of before that. So I ignored what she said about my English and she was in fact quite wrong because I went on to get a scholarship at that year and then again in matriculation and my best marks were for English. So I ignored that bit; but I took on her suggestion that social work was the area for me so I investigated that and got into the course I wanted and in the first year of that course I heard that there were agencies in Melbourne which were working with non-English-speaking migrants, who were then called ‘New Australians’. There was nothing like it in Adelaide, so I approached the head of department and said, ‘This is the area I want to move into. I want to do a placement there’, so I went and did that, spent two months in the summer break working with people who were working with the local non-English-speaking communities and met some really wonderful people there who taught me very much.

At the time, there were no avenues for her to practice those kind of skills so she wrote to the Australian Embassy in Canberra and asked to go and work in Greece because she wanted to know where these people come from so she could help them settle here. She spend a year in Greece working with the International Social Service which had an agency in Athens. When she came back to Australia, she approached the Immigration Department for work. She did not get a job there and so she went to the Department for Community Welfare, got a job instantly and went to work at the Woodville District Office. She was basically given a very free hand and so she started to do “grass roots community work”. She went to areas like Brompton and Bowden where there was a high percentage of non-English speaking people. People started to go to her. She had a way of communicating with all people, speaking slowly and simply and trying to find ways of communicating with them. At that time people were hesitant in going to the Community Community  Welfare, because they didn’t  think  they  would  be  helped. So Eva followed a simple rule:

If you want to measure demand you provide a service, get it established, remove it and see what happens.

Once she gained the trust of people, they slowly started  to  go  to  the  Community  Welfare  office  because  she was there. Eva started to get involved with the budding  groups  of  volunteers,  educated,  first/second-generation, non-English-speaking people who were putting time and effort into creating a kind of  a  groundswell  of  community  involvement  amongst  migrants.

November 1975, Eva was welcomed in the Inquiry Unit of the Premier’s Department, to assist him with matters affecting the Greek community. She was the first person in Australia to be specifically employed as an ethnic anything by any government. She worked there for four years.

The Premier, Mr Don Dunstan, has appointed a Greek-speaking officer to his staff to assist him on matters affecting the Greek community. Ms Eva Koussidis, a professional social worker, was appointed late last year. Ms Koussidis has a diploma in social work and has worked for both State and Federal Government departments including the Australian Embassy in Athens and the South Australian Department [for] Community Welfare. Don Dunstan said, ‘I’m very pleased to welcome Ms Koussidis to my staff. The Government has always been very concerned to ensure that the problems and needs of migrants in South Australia are given special attention: we have appointed interpreters and advisers to various government departments. Ms Koussidis’s appointment will be of great assistance to the Government because she will directly help many families and individuals with problems and from this she’ll be able to advise me of the matters which are worrying the Greek community. In particular, Ms Koussidis will be working closely with the Greek community in South Australian country towns. Ms Koussidis has already visited Renmark, Berri, Loxton and other Riverland towns and will shortly visit Port Pirie and Port Lincoln. Premier’s Department, 11th Floor, State Administration Centre, Victoria Square. 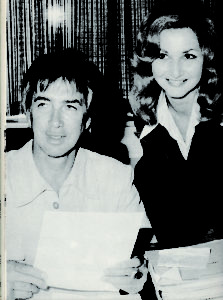 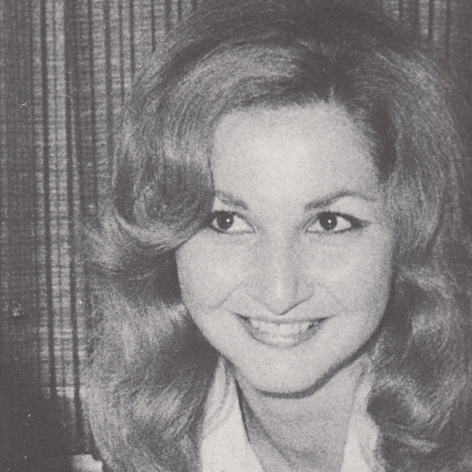