ELIZABETH KEFALLINOS – SENIOR LECTURER AT THE UNIVERSITY OF MACQUARIE

Originally, from Zakynthos, Elizabeth Kefallinos immigrated to Sydney, Australia, in the 1970s; she was married and she has three children; she worked in the Greek Community Press (“To Vima”) for about a decade (1978-1988) at the time when the Community’s Press experienced its evolutionary development from linotype to electronic typography. At the same time, she began studies (Greek Language, Ancient History, Mathematics, Economics and Politics) for completing her Matriculation Course at Randwick College.

In the year 1986, she enrolled at Macquarie University to study Computer Science. At the same time, she enrolled at the University of Sydney to study Greek Philology. However, instead of completing her studies in Computer Sciences she changed direction to her Degree to study Greek Philology, after she attended the first lecture by Professor Dimitris Dimiroulis on Seferis’ Poetry.

At that time, the University of Sydney offered a complete program of Greek Studies, such as Linguistics, History, Literature, Greek Language in a course of eight hours weekly as well as Fourth Year Honors level with research and a dissertation.  Other courses completing her degree were Philosophy, Greek Philology, Ancient Greek History, New European History and Politics. When completed her undergraduate studies, she received the Australian Postgraduate Award, which helped her to complete her doctoral dissertation at the University of Sydney, under the supervision of Professor Vrasidas Karalis. She also holds a Diploma in Higher Education / Teaching from the University of Macquarie (1998-2000).

In the year 1997, following the premature loss of Vassilis Georgiou, who along with the Macquarie University Greek Association (MUGA), initiated  the Greek Language Program at  Macquarie University, the Greek Community, organizations such as Greek Studies Foundation, AHEPA, Pan-Arcadian Association and eminent members of the Community,  decided to respond to the historical requirements of Macquarie University;  at this point of time, Elizabeth Kefallinos was hired to take over the program, with the aim of upgrading and  lead it in the equivalent status  with other language studies at the University.

Elizabeth Kefallinos undertook a small language program and in the following years of her service at the University, she devoted herself to the aim of the complete upgrading, according to the requirements of the University, in all areas: teaching, research, postgraduate studies, direct and collaborative relationship with the Greek community.

Today, the Macquarie University’s Greek Studies program offers a four-level full-language and intercultural curriculum, maintains excellent collaborative relationships with other departments (Ancient History), and has been included equivalently with the rest of the Disciplines of Languages and Cultures within the new established by the University  curriculum.

Elizabeth Kefallinos has organized two international conferences for Greek Studies – with prominent contributions from international and local Academic personalities – where issues related to the future perspectives of Greek Studies were discussed. She has also undertook research in various areas and her publications / articles appeared in scientific journals, in both English and in Greek, in the fields of Education, Oral History and Literature. 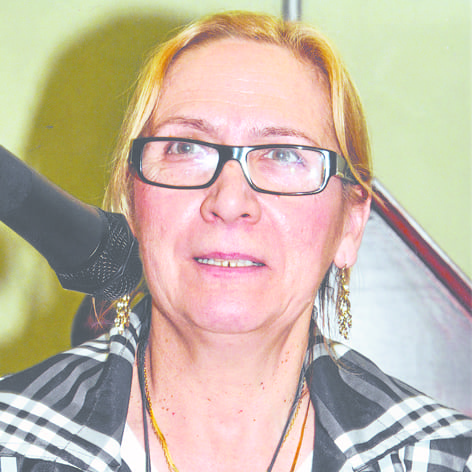