Andy Paschalidis is a true football tragic. Having worked in the game since 1983, he’s covered some of the game’s biggest events, including multiple World Cups, European Championships, FA Cups and the National Soccer League in Australia. You can catch him on Twitter @AndyPaschalidis.

Professional education: Andy took up a journalism cadetship in 193 with Australian Socer Weekly three years after leaving school where he was employed as a Management Trainee with J.Blackwood and Sons. Andy’s cadetship in the media was completed after two years at ASW and two years at radio station 2GB in Sydney.

In 1986 Andy went full-time at SBS before joining the pay television revolution in 1995 with Fox Sports Australia (formeley Galaxy TV).

Current Profession: Charity Founder (Heartbeat of Football) and Sports commentator working in India as the lead commentator of the Indian Super League

Andy went straight from school to earn money and didn´t go to university. He learned his craft from the scratch, there was no manual or instruction of how to become a football commentator, when he started his career. And he took every opportunity he could grab, the doors did not open for him automatically, he had to open them.

And on top of that, his father was not as enthusiastic as he was, when he signed his first contract as a sports commentator …

At the age of 9 years, the choice was between playing football or going to Greek school two days a week. And it speaks for itself, when Andy is mentioning what he said one day to his dad: “Ah, dad, if you didn´t allow me to play at that age, maybe I wouldn´t have developed a passion, that is let me to do what I do and have been doing for a long time.” As he states, you have to have your dreams and Andy has been having always dreams. Today one may say: A big THANK YOU to his dad on behalf of the Aussie football community!

Andy has been always looking for windows of opportunities and grabbed them, wherever they suited him. As he states: “It will never fall on your lap, the door will not open for you, you have to open doors.” This motto accompanied him since his commentary debut in 1984 when Les Murray made the call the test him at a National Soccer League game in Wollongong. (Wollongong Wolves hosted Apia Leichhardt in Round 1 at Towradgi Park on June 30 with the visitors prevailing 3-0). Back then Andy was working full-time as a cadet journalist for Australian Soccer Weekly – a publication which was considered the ‘football bible’. The golden days before the internet, pay television and social media.

In 1985, Les asked Andy to write a news segment for his weekly Olympic Airways NSL Show every Sunday night.

In 1986 there was a new show called Soccerama. It was produced at Harry Michael’s studios, Zero1Zero. Les asked Andy to actually present that weekly news segment on air with him instead of writing it for him.

Late 1986, Andy was at the SBS studios writing more scripts. At the time he was working for Sydney radio station 2GB. It was the final year of his media cadetship.

SBS was starting a new show called Sport Report Australia. Management was looking for a female host. Les jokingly said “jump in the chair and do an audition”.

Andy got the job!

The highlights at SBS were numerous. Commentating. Hosting. Reporting. Producing. It didn’t matter, one just had to adapt.

In 1990, SBS broadcast the World Cup for a second time. Les called Andy into his office and said that he would be hosting from the Sydney studios with ex-Socceroos captain Charlie Yankos, while Johnny and Les would be based in Rome.

Andy was just about to turn 28. In a relatively short period of time, he was elevated into one of the most testing jobs at the network…

Andy Paschalidis established Heartbeat of Football (HOF) a non-for-profit organisation in early 2016. He wanted to promote healthy hearts in sport via player education, the minimisation of health risks and the installation of defibrillators on all sporting fields around the country. Former Socceroo and Sydney Olympic star Peter Katholos is a passionate exponent of the work HOF is involved in.

INDIAN SUPER LEAGUE Commentator (Andy has been one of the main commentators since season two of the newly-former Indian Super League football competition. In the last season he commentated 45 games for the global television audience including Australia reaching a total audience of around 220 million people)

NSW LAW ENFORCEMENT TORCH RUN COMMITTEE – an on-going commitment to help raise funds for Special Olympics. Committee is made up of many people with key roles in Law Enforcement in NSW helping to raise around 200,000 each years for those young Australians with an intellectual disability seeking a sports pathway.

Andy secured a media cadetship and was involved in live commentary of the last hour 84/95 Sheffield Shield, won by NSW at the SCG. 2GB won a media award for the coverage of the final. 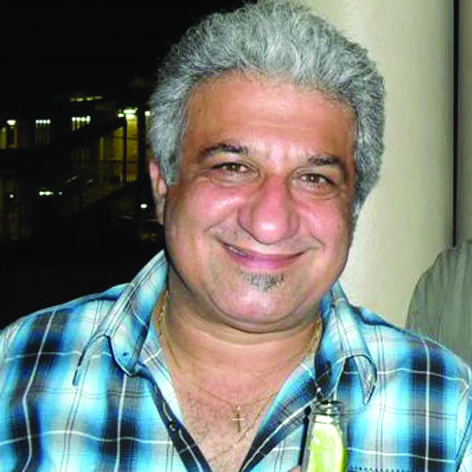