His Eminence Archbishop Makarios of Australia (Griniezakis), was born in Heraklion of Crete in 1973. He completed his elementary studies in his birthplace and at the Rizareios Ecclesiastical School of Athens. He is a graduate of the Higher Ecclesiastical School of Athens and of the Theological School of the National and Kapodistrian University of Athens. He completed post-graduate studies at the Universities of Boston, (Master of Sacred Theology), Harvard, (Master of Arts), and Monash, (Master of Bioethics), whilst his doctoral dissertation was received and passed as “Excellent” by the Medical School of the University of Crete. The work was published under the title, “Cloning: Social, Ethical and Theological Components”.

Since 2003 he has been teaching at the Patriarchal Academy of Crete. In tandem, he has served as a visiting Professor to various Universities, amongst which are the Theological College of Holy Cross in Boston, the University of Tartu and the Medical Schools of the Universities of Crete, Thessaly and Athens. In May 2015, he was elected the first Dean of the Department of Orthodox Studies of the Autonomous Church of Estonia.

He became a monk and Deacon in 1993, a Presbyter in 1997 and an Archimandrite in 1998 at the Holy Monastery of Saint George Epanosifi, whilst on Easter Sunday of 2008, Ecumenical Patriarch Bartholomew bestowed upon him the office of Archimandrite of the Ecumenical Throne. He served at the historic community of Saint George in Southbridge of the USA. At the Holy Archdiocese of Crete, he served as Director of the Radio Station, as President of the Administrative Committee of the School for Byzantine Music, as Director of the Estia for Ecclesiastical Education at the Patriarchal Academy, as a Member of the Synodal Committee for “Bioethics and Contemporary Concerns”, Director of the Press Office and Preacher of the Archdiocese from 2002 up till his election as bishop. He founded and runs the Publishing Series “All About Bioethics”, which operates under the auspices of the Mother Church of Constantinople.

He has represented the Mother Church of Constantinople in various assignments. He has been invited to speak at many Metropolises in Greece and Abroad, He has given lectures at international scientific, medical and theological seminars. He is a member of many scientific and ecclesiastical organizations and has published articles, studies and books.

On 27th April 2015 he was elected unanimously by the Holy and Sacred Synod of the Ecumenical Patriarchate Bishop of Christoupolis, as Assistant to the Ecumenical Patriarch. He was ordained by His Eminence Archbishop Irenaeus of Crete, on the 16th May of the same year, assuming the high responsibilities assigned to him by Patriarch Bartholomew and the Mother Church at the Autonomous Church of Esthonia, in order to organize its theological and catechetical work.

He attended the Holy and Great Synod of the Orthodox Church of Crete in 2016 as counsellor to the Delegation of the Ecumenical Patriarchate.

On 9th May 2019, the Holy and Sacred Synod of the Ecumenical Patriarchate, following the favourable commendation of His All Holiness, Ecumenical Patriarch Bartholomew, having appreciated his theological and secular education, his literary contribution, his administrative charisma and his ecclesiastical ethos as the hitherto Bishop Makarios of Christoupolis, elected him unanimously Archbishop of the Holy Archdiocese of Australia. 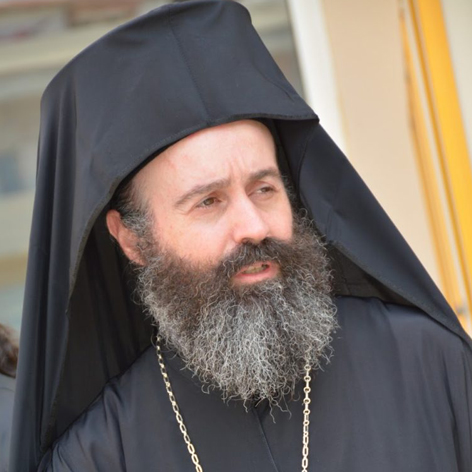