Pandelis was born on 4th October 1989 to parents who migrated as children in the 1960s to Sydney from Mytilene, Lesvos with my grandparents.

My first and only visit to Greece was in mid-2004 just before the Athens Olympics and the time when Greece won the Euro Cup. Although I only spent 5 weeks in Greece, I experienced déjà vu, a deep sense of familiarity, that although I had never been to Greece physically, it felt as if I was home, that I truly belonged and that I had an intimate relationship with all of these places, that is, a spiritual, physical and emotional connection with the people and land of my forefathers.

I started school at All Saints Greek Orthodox Grammar School in Kindergarten, not being able to speak a word of English (my parents spoke Greek to me at home). Performing in the first Greek Christmas play in Year 1 I remember the teacher screaming at me because I didn’t know my lines well enough. When I was 14 I was in a major production at school as one of the leading cast members in ‘Καληνύχτα Μαργαρίτα’.

I remember spending my school holidays at my yiayia’s house, always being fed with love, warmth and an immense amount of Greek food. I remember being confused when my yiayia and papou spoke to me in their native dialect from the island of Lesvos, because that wasn’t how our teachers taught us.  I remember the feasts after Church on Sundays with all my family at yiayia’s house. My favourite was yiayia’s φασολάδα on fasting days. Unfortunately since was diagnosed with dementia we stopped that tradition and soon after she moved into St Basil’s Nursing Home.

I remember my other yiayia’s house in Marrickville, the house that they moved in to when first coming to Australia in 1962, and her sitting on the couch in the living room and crocheting intricate and carefully-crafted table cloths and doilies as we waited for my papou to come home from work at the Kraft factory. She passed away from cancer in 2007 just before I sat my HSC. We still use my yiayia’s handicraft on special family gatherings. I also remember going with my papou (who I was named after) on excursions to Marrickville Metro to meet with his παρέα and special trips to get Yeeros for lunch.

I remember learning the hymns of the Divine Liturgy in Greek in Year 3. When I was 17, I was given the immense opportunity by the late George Combis to chant with him at All Saints Greek Orthodox Church, Belmore, where I stayed for 10 years. Before that I also attended Sunday School and served as an altar boy there. It was through the continuous exposure to the liturgical language of our Church that I learnt and appreciated the beauty and richness of the Greek language. I now also teach Byzantine music and am the Principal at the Sydney School of Byzantine Music, started by the late Basil Stavropoulos and adopted by the Greek Orthodox Christian Society (Χριστιανική Ένωσης).

In my teen years I was privileged enough to read the Ancient Philosophers, especially Plato, in English, and also translate texts such at Thucydides’ Peloponnesian War, Homer’s Odyssey and Euripedes’ Electra for my HSC. I studied Modern Greek until Year 11 and took Classical Greek till the HSC.

It was such a culture shock to move to UNSW where I studied Materials Science and Engineering where Greek-Australians were the minority. There I sought refuge in the Orthodox Christian Fellowship where I also served as President for three years.

I never thought that after studying and working as an engineer at Silanna Semiconductor for 4 years that I would end up working at the Greek Welfare Centre, which is the community and social services arm of the Greek Orthodox Archdiocese; an organisation completely dedicated to serving those in need and started by the previous Abbot of Pantanassa Monastery, Fr Stephanos, in 1975.

One of the most heart-warming and transforming experiences in my life was my visit to the Orthodox Mission in Medan, Indonesia with the Greek Orthodox Christian Society where Fr Chrysostomos Manalu and his wife Presvitera Elisabeth teach children and adults hymns in Greek as well as Greek children’s folk songs such as Φεγγαράκη μου λαμπρό. My fondest memory of that experience was during the Divine Liturgy where the native Indonesian Orthodox chanted the Dismissal Hymn (Απολυτίκιον) of St Demetrios in Greek.

In May 2018, I married Metaxia Kokkinos, the eldest daughter of Fr Dimitri Kokkinos, the Parish Priest of St Ioannis Greek Orthodox Church, Parramatta. I had known Metaxia for over 20 years as family friends but we were mostly living parallel lives until I asked her out in February of 2017. This year, 2019, we are expecting our first child. Thanks and glory be to God.

To write part of one’s story is empowering but also humbling. And I deeply thank the editor, Anna Arsenis, for allowing me contribute to this work. 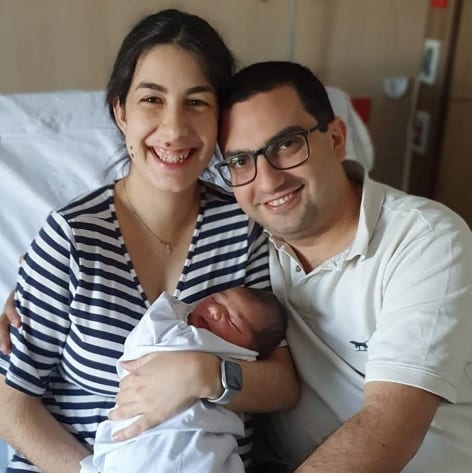